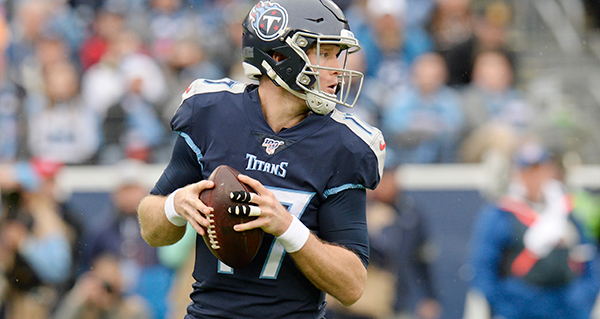 There are some interesting betting lines this week. Perhaps more interesting than some of the storylines of the games themselves. One of the things I like to do when I sit down to write this is to predict the spread for the games before I look them up. And this week I had five games where I had the wrong team mentally penciled in as the favorite. We’ll see how that plays out…

- New Orleans Saints at Arizona Cardinals (-1.5): It appears Andy Dalton will start the game for the injury-riddled Saints. I’ll be honest; I don’t really know how to feel about that information or how it impacts the outcome here. Arizona is so randomly inept on offense, in part because of the league’s worst average yards per pass. You don’t beat the Saints defense by being cute and nibbling yardage here and there. You throw over the top and go for big plays. That’s antithetical to Kliff Kingsbury’s mindset with Kyler Murray. I don’t trust Dalton much but I think he’s got enough around him to outscore Arizona.

- Indianapolis Colts at Tennessee Titans (-3.5): Huge AFC South matchup and a rematch of Week 4, when the Titans hung a road win on Indy. The Colts have squeezed out a couple of close wins since and they could make it a third in a row, in part because several key players (Shaq Leonard, Jonathan Taylor, Kwity Paye) could be returning from injury. Tennessee has won three in a row by nearly the same score each week. Could it be four?

- New York Giants at Jacksonville Jaguars (-2.5): The Jaguars are 2-4 and the Giants are 5-1. While I generally agree that New York’s record is gaudier than their roster appears, the G-men are proving to be very good at winning close games. Jacksonville, not so much. The Jaguars strong run defense is legit, and I think that matchup does favor the home team--but only if Jacksonville’s own run game finds sustained success against the Giants’ league-worst (in terms of YPC) run defense. In this particular Xs and Os matchup, I do agree with the bookies that the team with the lesser record probably should be favored. Low confidence, however…

- Kansas City Chiefs at San Francisco 49ers (+3): The Chiefs are 4-2 and the two losses are to teams who could reliably score upon them by preying on their weaknesses. San Francisco is not built like that, not with their injury issues, and the home team’s inability to manufacture points reliably. The 49ers have the league’s best defense and this should be a good test of the “defense wins championships” theory. Gimmie the offense, please.

- Detroit Lions at Dallas Cowboys (-8): The Lions return from their bye week to face Dallas, which should have Dak Prescott back at quarterback. Detroit’s league-worst defense is a great place for Dak to ease back into action. The Lions should find some success scoring after being unexpectedly and humiliatingly shut out in their last game. Dallas should find more success, alas…

- Cleveland Browns at Baltimore Ravens (-6.5): The Ravens have been all over the map this season, but one thing they reliably do is force turnovers. In come the reeling Browns, who have given the ball up seven times in the last three games, all losses to teams they probably should have defeated. Even if the Browns keep the turnover ledger even in this one, I have a hard time seeing their discombobulated defense holding back Lamar Jackson and friends.

- Atlanta Falcons at Cincinnati Bengals (-5.5): Atlanta has found considerable success with a ground-based attack on offense and an opportunistic defense. The Falcons might be the quietest 3-3 team in a league with an inordinate amount of .500 teams. They’ll find some success against a Bengals defense that can’t stop the run, but Atlanta’s inability to generate any pass rush at all is a bad matchup against Joe Burrow, Ja’Marr Chase and the big-play Bengals offense. Being able to throw is more important than being able to run.

- Green Bay Packers at Washington Commanders (+6): No Carson Wentz means it’s Taylor Heinicke time for the Commanders. What would encapsulate this crazy season more than Taylor Swift Heineken (as my phone famously autocorrected his name at the 2015 Shrine Game practices) extending Washington’s home win streak against Green Bay to three games, dating back to 2016?

- Tampa Buccaneers at Carolina Panthers (+11.5): As I dejectedly noted in this week’s $.10, the Buccaneers ruined my survivor fantasy pool by unexpectedly losing last week. If I were still alive, I’d give the Bucs renewed life against the woeful Panthers, now mercifully Robby Anderson-free.

- New York Jets at Denver Broncos (-2.5): Another game where I think the worse team is favored. The way the Jets play is fairly impervious to any home-field advantage. Based on the way the poorly-coached, injury-ravaged Broncos are playing lately, the home fans might turn on Russell Wilson quickly. I see the Jets giving them good reason to do so, too.

- Houston Texans at Las Vegas Raiders (-6.5): Look, I get that the Texans aren’t very good or respected. At 1-4-1, Houston doesn’t exactly move the confidence meter. But the 1-5 Raiders are simply not 6.5 points better than anyone. I’m not sold they’re even the better team in this matchup outright.

- Seattle Seahawks at Los Angeles Chargers (-6.5): In what tortuous way will they Los Angeles Charger away this game? My early money is on a muffed punt return that leads to a Geno Smith TD pass to Tyler Lockett late in the fourth quarter, followed by a Justin Herbert interception on an eminently predictable third-down pass four yards shy of the sticks on the Chargers’ last-gasp drive.

- Pittsburgh Steelers at Miami Dolphins (-6.5): This is quietly an important game for the Steelers. They do not have many winnable games left on the schedule and need every victory they can to not finish in last place in the AFC North. Miami should get Tua back at QB in hopes of snapping their three-game losing streak. As long as they tackle and block well, the Dolphins should prevail.