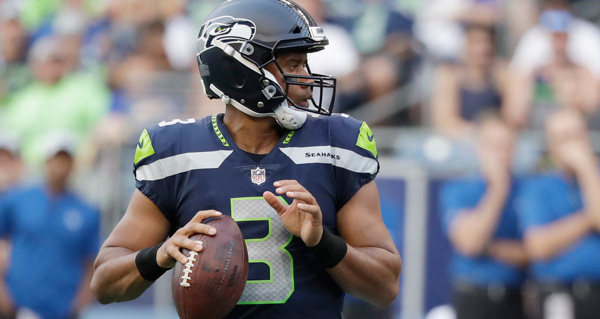 The new playoff format brings us two days chock full of postseason football. It should be a great weekend to sit back, relax and watch six playoff games.

Philip Rivers gets a chance to even his career playoff record. It won’t be easy for Rivers to pick up his sixth postseason win in his first season away from the Chargers, not with his Colts facing the red-hot Buffalo Bills.

In Xs and Os theory, the Colts should be able to hang with the Bills if they can do two things: stop Stefon Diggs down the field and protect the almost completely immobile Rivers from a hit-and-miss Buffalo pass rush that has been hitting hard of late.

I think the Colts offensive line will keep Rivers safely in the pocket and give him time to attack. The issue for the Colts is, where are the consistent weapons to rely upon? T.Y. Hilton topped 6 catches and 90 yards exactly once this year. Zach Pascal, a quality receiver and the Colts’ next-best option at WR, averages under three catches and 40 yards per game. Sure, Nyheim Hines is great out of the backfield. The Bills can handle that if the wideouts can’t impact the defense down the field.

There is some concern the Bills will have a bit of a letdown after routing Miami last week. It’s not enough of one to pick against them. The Colts just don’t have the depth of talent to slow down a dialed-in Josh Allen throwing to Diggs, Cole Beasley and underappreciated deep threat Gabriel Davis. But it should be fun to watch Rivers, Jonathan Taylor and the Colts try…

Look, I’m as big of a shill for the old Alliance of American Football as anyone. I watched every game of the now-defunct upstart. I even wrote scouting reports on the top players from the AAF when it went belly-up, and one of those featured was John Wolford. As in, Los Angeles Rams starting QB John Wolford.

Technically, it could be Jared Goff back as the starter. He’s a game-time decision, but with the thumb injury he suffered it’s tough to think Goff will return.

Wolford has some ability with both his arm and his legs. Wolford showed that in the Rams’ playoff-clinching win over the Cardinals last week. And the Seahawks defense, while improving as the season progressed, is still vulnerable. But he’s not Russell Wilson, who is one of the best around at winning with both his arm and his legs. The Rams have done an admirable job slowing down Wilson and the Seattle offense in the prior meetings--they split the wins--this season. Playoff Wilson will be a different Wilson, one Wolford, or Goff for that matter, will struggle to vanquish.

This was the toughest game of the weekend to forecast, because the Seahawks have shown themselves capable of throwing out clunkers with no rhyme nor reason. They’ll need to be at their best because the Rams defense can keep the score down low enough for Wolford & Co. to win it.

Washington is the most wildly unbalanced team between offense and defense in the playoffs. Their defense is top five in most categories, including just about every passing defensive metric. They’re a problem, to be succinct.

Alas, the bigger problem in this game is the Football Team offense. They haven’t topped 23 points in a game in six weeks. They finished 28th in yards per carry and 30th in yards per pass attempt. Granted some of that ineptitude falls upon Dwayne Haskins, now a street free agent after flopping as the WFT starting QB.

Defense might indeed win championships, but not without at least an average offense to support it. I don’t really believe in the 80s and 90s mantra holding much stock in the modern NFL anyway. The Bucs are beatable, and Washington’s defensive front can shock the world. But that Football Team offense isn’t likely to scratch or dent the Buccaneers’ underrated defense. Tampa Bay led the NFL in run defense in both yards per game in yards per carry, and the pass defense is capable of making plays, too.

I am really looking forward to this game more than any other this weekend. Part of the fascination is because I missed the playoff game between these two a year ago while watching my son and daughter in separate AAU basketball tournaments on the same day. Part of it is because I don’t think either defense can stop the opposing offense. And part of it is I really enjoy watching both Derrick Henry and Lamar Jackson do their unique things.

I expect fireworks in this one. Tennessee’s offensive triplets of QB Ryan Tannehill, WR A.J. Brown and Henry at RB is the best in the league this year. And just for good measure, they have the much-improved Corey Davis at WR and a good enough OL, too. Teams that can run right at the Ravens, as Tennessee did in the first meeting and as Cleveland, Kansas City and New England proved capable, can score almost at will with any sort of capable passing complement. The Titans have that in droves.

They’ll need it. Jackson and the Ravens are peaking at the right time, winning their last five games thanks to an improving defense that looks more cohesive over the last month. But their offense is truly on fire; Baltimore has topped 400 yards in four of the last five and the one they missed--the MNF thriller vs. Cleveland--they hit 385 and scored 47. The Titans’ aren’t stopping that enough to win.

Mitchell Trubisky outgunning Drew Brees in a postseason game in New Orleans would be the most 2020 thing to happen to the opening weekend of the 2021 NFL playoffs. Beware the unexpected.

Really. Trubisky has played pretty darn well since retaking the starting job from Nick Foles. In the last five games, Trubisky has thrown 7 TDs to 3 INTs and topped 97.0 in QB Rating four times. He’s getting the ball out on time and generally making the correct read when it needs to be made. He’s been statistically superior to Brees over that time, though that correlates with the Saints legend suffering his brutal rib injury.

Am I talking myself into picking the Bears? Maybe a little. I do think they have a better chance than the 94 percent (as of Thursday night) of folks on the ESPN Fantasy app picking the Saints. Will I talk you into picking the Bears? Probably not. But don’t sleep on the potential for Chicago to pull off the stunner here, and for their special teams and defense to each score to make it happen. This is one of those “30 percent” chance of rain forecasts, and betting on the Bears is the best wagering investment of the weekend in my eyes.

My hometown of Cleveland has waited almost 20 years to get into the postseason. The 11-5 Browns are the best edition of Cleveland football since the glory days of Bernie Kosar, Marty Schottenheimer and Ozzie Newsome.

And how is Cleveland rewarded? A trip to Pittsburgh where they will be missing almost half its starting lineup due to COVID-19 outbreaks and injuries. And it’s not just random players that will be out. Denzel Ward is the team’s best player in the secondary. Ronnie Harrison is the runner-up there. Joel Bitonio is a deserving Pro Bowl left guard and the leader of the best offensive line in football. KhaDarel Hodge is the Browns’ best special teams player and has also been a clutch receiver on occasion. So has Harrison Bryant as a rookie TE. Olivier Vernon was the Browns’ best defensive player over the last half of the season, and he’s out too with a torn Achilles. Myles Garrett is about 75% of the player he was before getting stricken with COVID-19 on his own.

But wait, there’s more! Head coach Kevin Stefanski, who deserves some Coach of the Year consideration as a rookie head man, won’t be there. Nor will several assistants. For a team with scant postseason experience--none of it in Cleveland--it’s a critical hit.

It’s a shame because the Browns at full strength could win. In fact, if they had everyone at their disposal, I’d expect them to win. They have the capability of pulling off the improbable anyway, thanks to Nick Chubb, Jarvis Landry and a locked-in Baker Mayfield, who has been a better player than Ben Roethlisberger this year. Pittsburgh’s inability to run the ball or reliably catch Big Ben’s throws means the Browns still have a chance, as crazy as that might sound. If the Steelers take Cleveland lightly, they could pay dearly. I don’t think Mike Tomlin will let that happen.

I see Alabama’s offense having little trouble dissecting Ohio State’s suspect pass defense. The Buckeyes will stay close because Alabama’s own D is the worst Nick Saban has had in Tuscaloosa.