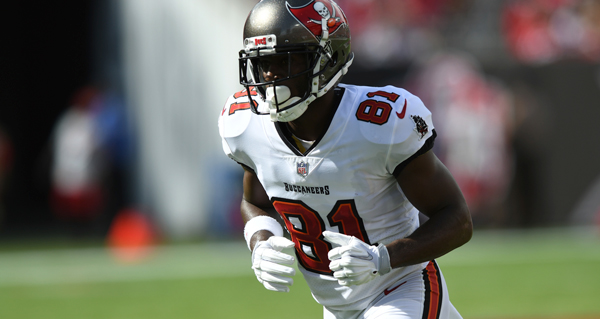 The active warrant stems from a domestic battery incident involving a woman, according to authorities.

On Nov. 28, Brown and the woman were involved in a verbal altercation at his home in South Tampa. The argument became physical, and according to police, Brown threw a shoe at the victim. Brown also attempted to evict the woman from the home by locking her out.

Brown was released by the Tampa Bay Buccaneers on Jan. 6 after he jogged off the field against the New York Jets.