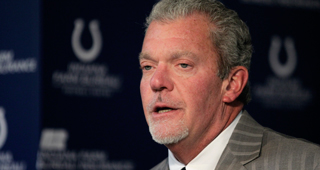 Indianapolis Colts owner Jim Irsay pushed back on recent characterizations of his handling of the team's coaching change and firing of coach Frank Reich, telling ESPN, "It's not personal. It's the very opposite from being personal."

Irsay's comments were prompted in part by statements made by Philadelphia Eagles coach Nick Sirianni, a former Colts assistant and Reich mentee, who offered passionate postgame comments after Sunday's win over the Colts in Indianapolis and was captured on video after the 17-16 victory yelling into the Lucas Oil Stadium crowd, "That s--- was for Frank Reich."