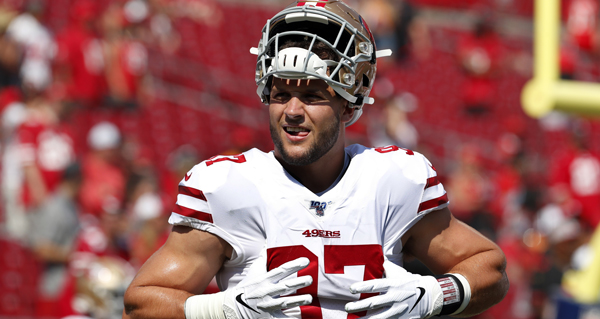 Kyle Shanahan believes offensive lineman are getting away with holding Nick Bosa through the first four weeks of the season.

When a reporter said Bosa appears to be getting held on many plays, Shanahan replied, "I couldn't agree with you more."

The 49ers often send plays in to the league office to ask why Bosa isn't drawing more flags.

"It's something I've seen a lot with him since he's been here, going back to his first year in the Super Bowl. So it's always been tough. We turn everything in every week. Sometimes they agree, sometimes they don't," Shanahan said.

Bosa leads the NFL with six sacks this season.