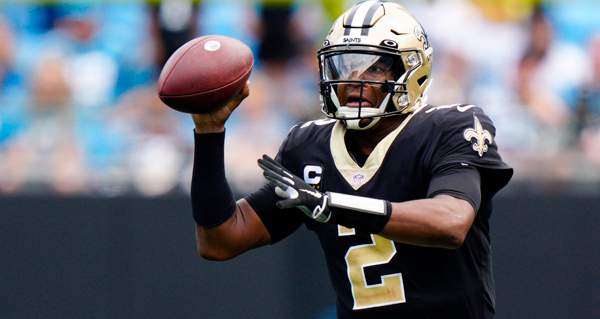 Dennis Allen says the New Orleans Saints are not considering a quarterback change despite the team's offensive struggles and inconsistency.

The Saints are 1-2 and in addition to the struggles Jameis Winston is dealing with a back injury that he described as a "transverse fracture" to the Fox game broadcast.

Winston said he was in pain and wearing four layers of protection and a custom backplate against the Carolina Panthers.

"No, no. We all have to play better," Allen said. "I'm not looking to single anything out, obviously we've got to make some corrections and we've got to do a better job as a group."