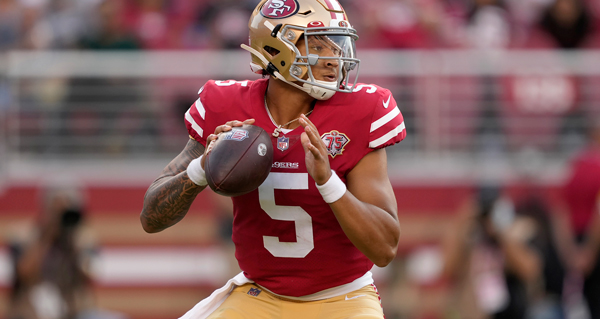 Garoppolo said he spoke to Lance a couple of times this week and also interacted with him via Zoom when Lance called in to take part in meetings.

"I heard [defensive end Nick] Bosa's presser the other day and he worded it pretty well because there is a moment where you feel like your life is over and you feel like you can never get back to where I was," Garoppolo said.

"But that passes and you've got to hit a point where it does pass and you mentally move on from that. There will be hurdles for him to overcome but I've been around Trey for a couple years now. He's a tough dude, so he'll be all right."

Lance had surgery at Stanford hospital to repair a fractured fibula and ligament damage in his right ankle on Monday.