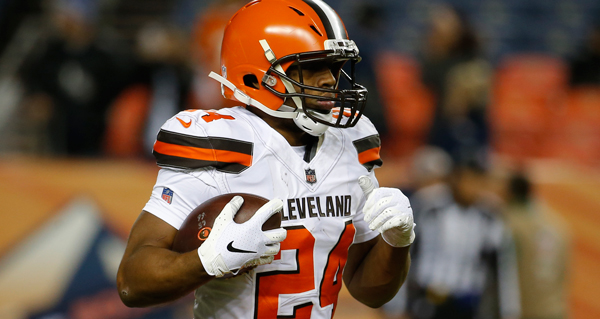 Nick Chubb took the blame for Sunday's loss to the New York Jets, saying he should've gone down instead of scoring in the final two minutes.

Chubb's 12-yard touchdown run with 1:55 to play put the Cleveland Browns up 30-17, but it also left the door open for the Jets' eventual comeback.

New York was out of timeouts, so the Browns could have kneeled and ended the game there had Chubb not scored.

Instead, the Jets became the first team in 21 years to overcome a 13-point deficit in the last two minutes of game.

"Yeah, I probably shouldn't have scored right there," Chubb said. "Honestly, looking back at it, it cost us the game. A lot of things went wrong, not just one thing. But collectively as a unit, as a team, we could've all done things different. But it's only a problem because we didn't win. So I probably should've went down."