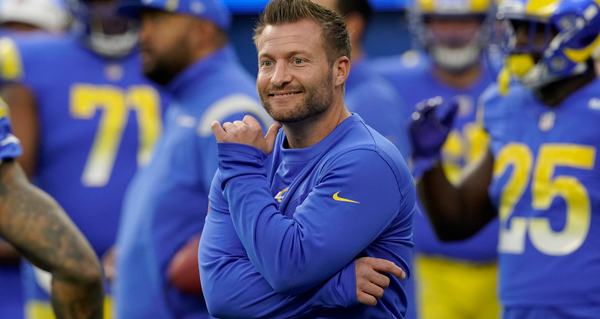 Sean McVay said Tuesday that he signed a contract extension with the Los Angeles Rams during the offseason, but the team was waiting to announce it until general manager Les Snead signed an extension as well, which hasn't happened yet.

During his first press conference of training camp, McVay was asked about a possible contract extension. He said, "We are in a good place. ... I feel really good about the direction that's going in and I think it'll be something where it'll be me and Les and you guys will know when that is finalized for us."

McVay said Tuesday that he gave that answer in July because "We wanted to be able to announce that when both of us [had] gotten done."