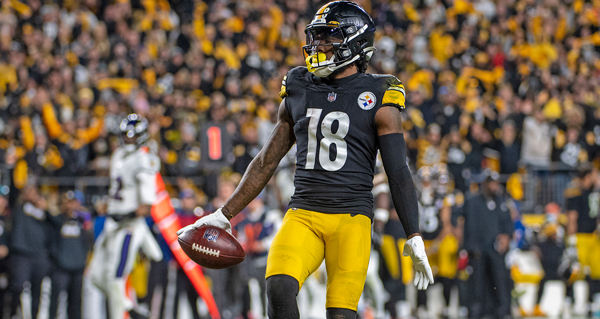 Diontae Johnson and the Pittsburgh Steelers reached a two-year extension that averages $18.355 million per year.

The deal, worth up to $39.5 million if he reaches incentives, includes $27 million guaranteed.

Johnson, 26, was the final remaining hold-in of the 2019 wide receiver draft class after Deebo Samuel and DK Metcalf got extensions earlier in training camp.

Johnson led the Steelers with 1,161 yards on 107 receptions last season and hauled in eight touchdowns.