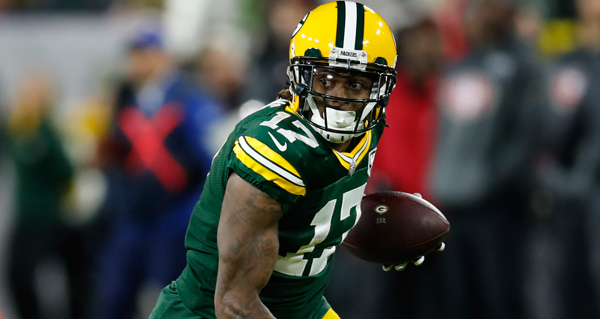 After landing with the Las Vegas Raiders this offseason, Davante Adams will go from Aaron Rodgers to Derek Carr at quarterback.

Brett Favre expects the wide receiver to experience a drop-off in production away from the Green Bay Packers.

"No disrespect to Davante at all -- zero disrespect. I do think that Davante will make Derek Carr better and, in time, they will be a dynamic duo. Now will it be the duo that Aaron and Davante had? Time will tell," Favre said.

"I think Derek Carr is a very good quarterback, but he's not in Aaron's league yet. He may never be, and that's no disrespect either, but I do think that Davante owes a great deal of gratitude to Aaron and the Packers drafting him.

"That's not to say he's not a great player because he is a tremendous player and we'll see that with Las Vegas. But it's just hard to shift gears, especially from a player as prolific as Aaron Rodgers. I'd be shocked if he had the same year he's had this year. That's not to say he can't do it, but I would be shocked."