Baker Mayfield On Browns: Both Sides Have Moved On 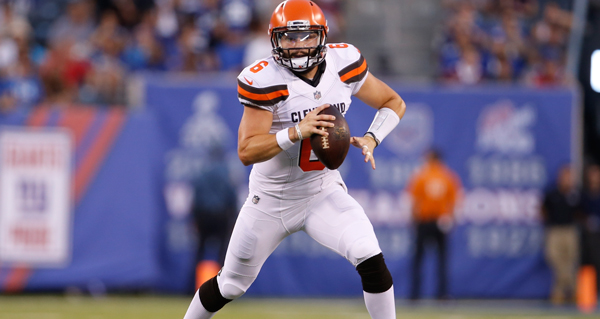 Baker Mayfield hasn't completely ruled out a return to the Cleveland Browns, but he also said that both sides are ready to move on.

Mayfield's status remains in question in the wake of the Browns acquiring Deshaun Watson via trade. The possibility remains that Watson will be suspended for all, or most, of the 2022 season.

"I think for that to happen there would have to be some reaching out," Mayfield said of a return to the team. "But we're ready to move on, I think -- on both sides."

The Browns signed Jacoby Brissett this offseason to start if Watson is suspended.