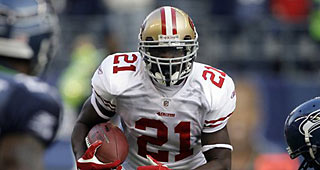 Frank Gore will sign a one-day contract with the San Francisco 49ers and officially announce his retirement.

Gore had said this offseason that he planned to retire with the franchise.

The 49ers drafted Gore out of Miami (FL) in the third round of the 2005 NFL draft, and he played 10 seasons in San Francisco, making five Pro Bowls.