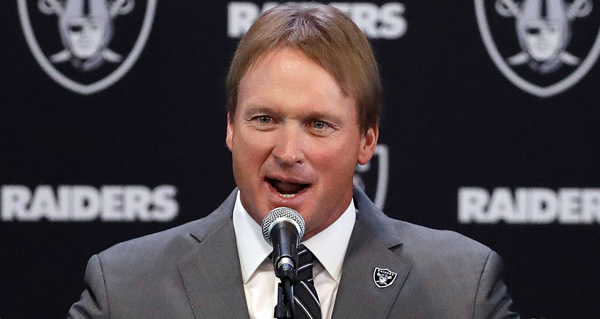 A Nevada judge has ruled in favor of Jon Gruden on two motions, opening the possibility of a jury trial on his "tortious interference" claim that the NFL selectively leaked Gruden's emails to force his removal as Las Vegas Raiders coach on Oct. 11.

Judge Nancy L. Allf denied the NFL's motion to compel arbitration as well as the league's motion to dismiss the case outright. The suit will now go to trial unless a settlement is reached.

The NFL said in a statement given to multiple media outlets that it would appeal.

"We believe Coach Gruden's claims should have been compelled to arbitration, and we will file an appeal of the Court's determination. The Court's denial of our motion to dismiss is not a determination on the merits of Coach Gruden's lawsuit, which, as we have said from the outset, lacks a basis in law and fact and proceeds from a false premise -- neither the NFL nor the Commissioner leaked Coach Gruden's offensive emails."