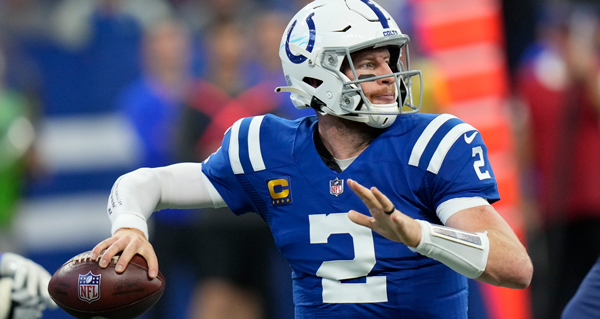 Carson Wentz will play four emotional games in his first season with the Washington Commanders in 2022.

The Commanders will open the season against the Jacksonville Jaguars and Doug Pederson, who was Wentz's first NFL coach.

Washington will also play the Philadelphia Eagles twice and the Indianapolis Colts once.

The Commanders will host the Eagles in Week 3 and travel to Philadelphia in Week 10.

"I know that'll be a big game. A lot of emotions," Wentz said. "I'm sure fans will eat that one up and it'll be fun — make for a good storyline. But at the end of the day, it's going to be just another ballgame. It's going to be a huge divisional game for us when that one comes. So I'm excited for it, but at the same time, I'm trying not to get too excited for that one, because, again, it's just football. Can't press. Can't do too much."