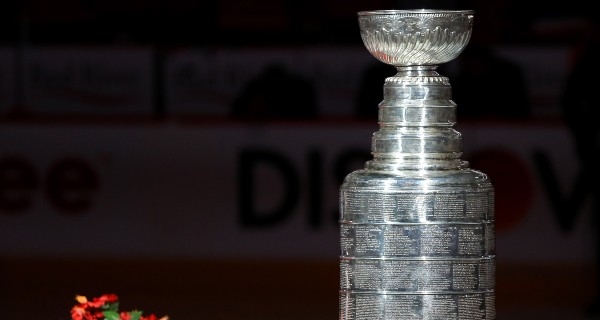 The NHL playoffs are finally here. Usually, the NHL is well ahead of the NBA when it comes to getting the postseason underway, but a later start than usual has the postseason getting underway tonight.

There are some very interesting matchups, and picking NHL betting winners doesn’t figure to be easy. Upsets are common in the NHL playoffs - all four of the top-seeded teams lost in the first round in 2019 - and there figures to be at least one or two this time around, too. Let’s take a look at the NHL futures for all teams on sports betting apps, then make some series picks.

The Carolina Hurricanes finished the season strong, winning their final six. But who will start in goal for the Hurricanes? Frederik Andersen seems doubtful to start the series. It could be youngster Pyotr Kochetkov who starts the series for the ‘Canes.

Boston’s two goalies - Linus Ullmark and Jeremy Swayman - have a combined zero playoff starts between them. I think the Hurricanes will win, as Boston just doesn’t have the speed to match Carolina’s young team. Carolina has a strong playoff history against Boston, too.

This is a tough series to predict. The Rangers were the better regular-season team, and have the likely Vezina Trophy winner in goalie Igor Shesterkin.

But the Pittsburgh Penguins have Sidney Crosby - and Evgeni Malkin, and Kris Letang, and other guys who have won Stanley Cups. Pittsburgh’s problems of late have been in goal. Casey DeSmith should start for the Pens, and he is just too inexperirenced. The Rangers have plenty of guys who can score too, including 50-goal scorer Chris Kreider.

I think the Rangers have enough of an edge with Shesterkin to go with them over the Pens. At -115, I like the value on them to win, too.

Talk about a tough series to call. Tampa Bay finished the season strong, including a lopsided win over the Maple Leafs. The Bolts are the two-time defending Stanley Cup champs. Toronto has flamed out in the first round in every year of the Auston Matthews era.

Toronto has home-ice advantage, but Tampa Bay loves being the villain on the road.

I just think the pressure will get to Toronto again. The Leafs still have issues on defense, and Tampa Bay has the best money goalie in the league in Andrei Vasilevskiy. If it comes down to goaltending, as it often does in the playoffs, I have to go with the Lightning.

That curse might continue, but the Panthers will win this series anyway. Florida just has too much speed, skill and depth for the aging Capitals. Washington still has Alex Ovechkin, sure, but there are problems with depth scoring, and the defense and goaltending is just average. Florida should be good and pumped for the playoffs here, and I like them to go to the second round.

A final game choke job in Arizona dropped Nashville to the second wild-card spot in the West, and the Predators will regret that.Nashville wasn’t going to win this series before, but that’s especially true now with starting goalie Juuse Saros expected to miss some, and maybe all, of the series with a lower-body injury.

Colorado only went 1-5-1 down the stretch, but is expected to have a fully healthy roster for the start of the series. The Predators probably will be fortunate to win even one game.

Oilers -250 to win series at DraftKings

Jay Woodcroft did one heck of a job in turning around the Oilers, after they fired Dave Tippett as coach during the season. Now, Edmonton has home-ice advantage in the first round against the Kings and there’s a lot to like about them.

Well, for this series anyway. Edmonton still doesn’t have good enough defense and goaltending to win a Cup, and not enough depth after Connor McDavid and Leon Draisaitl up front. But they should have enough to outlast the Kings in this series.

Los Angeles still remains without top defenseman Drew Doughty, who is out with a season-ending injury. The Kings did a great job getting to the playoffs without him, but a loss like that eventually catches up to you.

Dallas avoided a first-round matchup thanks to Nashville’s choke in the season finale, but it wasn’t much of a reward either, in getting the Calgary Flames.

Calgary has a lot of talent, especially up front with Johnny Gaudreau and Matthew Tkachuk. Goalie Jacob Markstrom had a fine season, and Darryl Sutter is a great coach. The Stars were up and down all year long. That makes them a very hard team to predict, but I don’t think they have it in them to upset the Flames. The goaltending is average, and Dallas is a little long in the tooth.

This might turn out to be the best, most fun first-round series of all to watch. The midwestern teams have a strong rivalry already, and both go into the playoffs playing pretty good hockey.

Marc-Andre Fleury gives the Wild newfound swagger as the starting goalie, and Kirill Kaprizov is a heck of a talent up front. The Wild plays a tough, physical style as well.

The Blues are a very good team, but there are questions as to who is the regular goalie and the defense still has some issues from the team that lost in the first round last year. I like this to be a seven-game series, but Fleury should be the difference-maker.