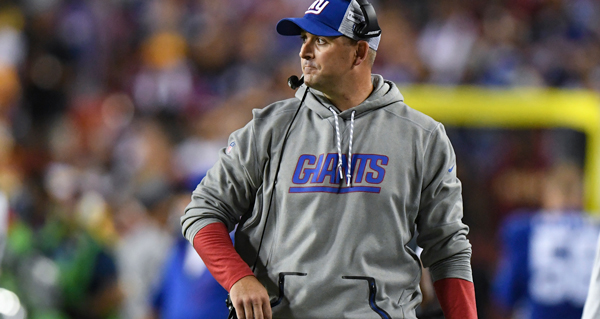 The New York Giants have fired Joe Judge after two seasons as head coach. Judge went 10-23 in his two seasons.

Judge is the third consecutive Giants coach to be fired after two seasons or less, following Ben McAdoo (13-15) and Pat Shurmur (9-23).

Judge operated Monday as if he would remain with the Giants, holding a team meeting before speaking with ownership in the afternoon.

"[Co-owner] Steve [Tisch] and I both believe it is in the best interest of our franchise to move in another direction," Giants co-owner John Mara said in a statement. "We met with Joe yesterday afternoon to discuss the state of the team. I met again with Joe this afternoon, and it was during that conversation I informed Joe of our decision. We appreciate Joe's efforts on behalf of the organization.

"I said before the season started that I wanted to feel good about the direction we were headed when we played our last game of the season. Unfortunately, I cannot make that statement, which is why we have made this decision.

"We will hire a general manager and that person will lead the effort to hire a new head coach."