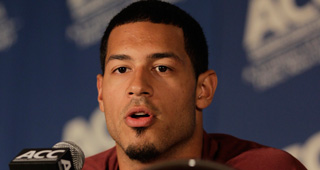 The Washington Football Team fears that Logan Thomas suffered a torn ACL and MCL late in their 17-15 win over the Las Vegas Raiders on Sunday, according to a source.

The Football Team is now 6-6 and two games behind the Dallas Cowboys in the NFC East. They currently hold the sixth playoff spot in the NFC with five games remaining.

Thomas was hurt with 10 minutes remaining in the game when he pulled to the left side and was hit low in the left knee by Yannick Ngakoue.