Saints To Start Taysom Hill At Quarterback Against Cowboys 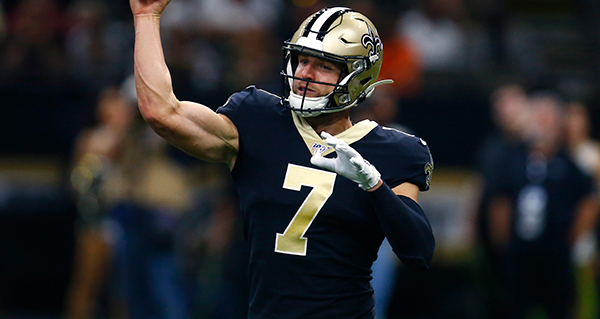 Taysom Hill will start at quarterback for the New Orleans Saints in their Week 13 game against the Dallas Cowboys.

Hill practiced fully all week with a partially torn plantar fascia that has limited him since Week 10.

The versatile playmaker was limited to an emergency backup role the past two weeks. But he said Tuesday that he is feeling "a lot better" this week.

Hill replaces Trevor Siemian, who went 0-4 as the Saints' starter after he initially earned a victory in relief of the injured Jameis Winston in Week 8 against the Tampa Bay Buccaneers.