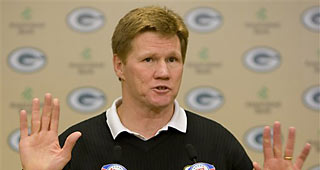 The operating revenues of the Green Bay Packers dropped nearly 27 percent during the most recent fiscal year. The Packers did not have paying spectators at Lambeau Field until the playoffs.

The Packers reported $409.8 million in expenses and $371.1 million in revenues. That's the first time since 2000 the team spent more money than it brought in.

The team had a record $506.9 million in revenues a year earlier.

"The pandemic had a significant impact on our finances. But that said, I think the Packers remain in a very strong position financially," Packers CEO/president Mark Murphy said at a Friday news conference.