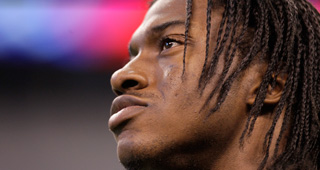 Robert Griffin III had impressive broadcasting auditions with both ESPN and Fox, leading to a bidding war to hire him.

For ESPN, Griffin would call college games, do some college studio, and talk both college football and NFL on shows such as “Get Up!” during the week.

Fox could do some NFL games as an analyst and also work on pre-game, halftime and postgame college football shows.