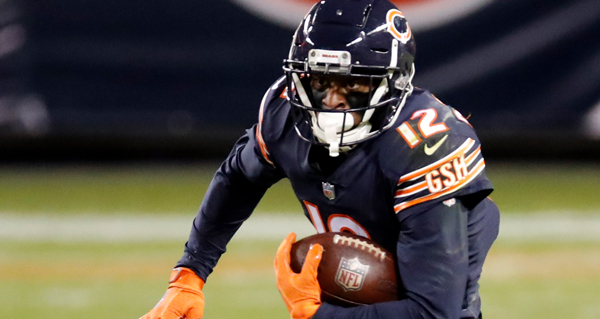 Allen Robinson is prepared for the possibility he'll play the 2021 season on a one-year deal.

"I don't have any [contract] updates or nothing like that," Robinson said on a Tuesday Zoom call.

"That's not in my control, if I don't [get a long-term deal]. That being a possibility [of playing on the one-year franchise tag], then I mean, that is what it is and I'm comfortable with that. Obviously, that's a possibility. That's fine, it is what it is. As I said before, my main focus now is continuing to be better and get better."

The Bears placed the $17.98 franchise tag tender on Robinson after the two sides were unable to agree to an extension last year.

Despite playing on some of the league's lower-rated offenses, Robinson has caught 255 passes for 3,151 yards and 17 touchdowns over the past three seasons.