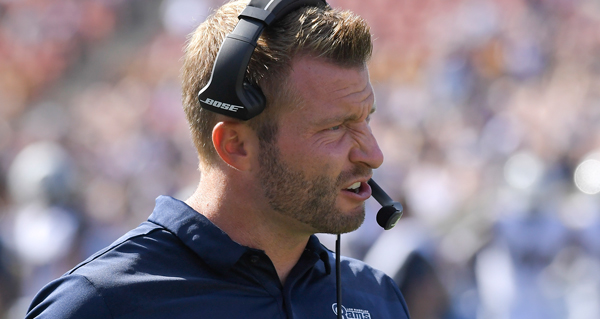 Sean McVay was asked Thursday what he thought of Matthew Stafford.

"I think I've been very happy," McVay said. "Everybody says, 'Man, you just seem like you're in a better mood this offseason,' and I said, 'You're damn right I am.'"

Those comments came in the early afternoon. By early evening, following the Los Angeles Rams' final mandatory minicamp practice, McVay did not appear so pleased.

"I hate that I even have to say this, but I think I made a comment that was definitely taken out of context," McVay said as he opened his post-practice news conference, seemingly surprised that reports mentioned the departure of Jared Goff in conjunction with Stafford's arrival and the shift in McVay's mood.

"I am very excited. I am in a good mood because of the confidence that I have in this team. But by no means is that a slight to anybody, you know, like Jared, who has done a phenomenal job for the last four years here."