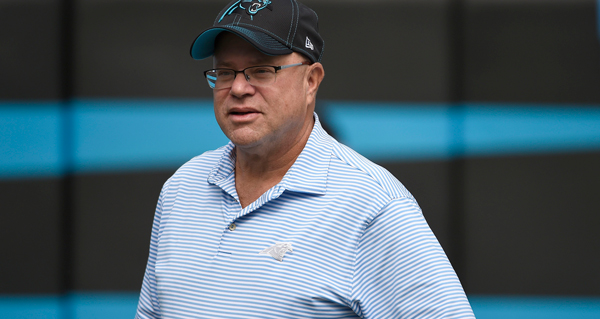 David Tepper said the Carolina Panthers are no longer considering building a domed stadium in downtown Charlotte in the post-COVID-19 era. In 2019, Tepper said he hoped to build a retractable roof stadium within the next 10 years that would also draw big sporting events scubas the Final Four.

“There is no way in hell I would build a domed stadium in Charlotte, especially after COVID,” Tepper said Tuesday. “The weather is too beautiful and if anything it (COVID-19) shows you it is an advantage to have that kind of (open-air) building.”

Tepper's timeline to replace Bank of America is dependent on whether he gets outside funding from the city and fans.

“At some point that building will fall down,” Tepper said. “But like I said before, I’m not building a stadium alone. The community is going to have to want it. If I’m (paying) a third, the community is (paying) a third and eventually in the future, and it could be a long way out, the PSL (permanent seat license) owners are a third, that’s a partnership. And if people don’t want it, they don’t want it. I’m not going to force it on anybody.”

The Panthers are in the midst of several renovations to the stadium.