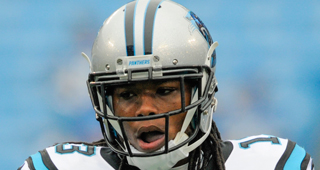 Kelvin Benjamin is expected to be among the tryout players at this week's rookie minicamp for the New York Giants, according to a report.

Benjamin, the 28th overall pick in 2014, was drafted by Dave Gettleman while he was with the Carolina Panthers.

The wide receiver hasn't caught a pass in a regular season game since 2018.