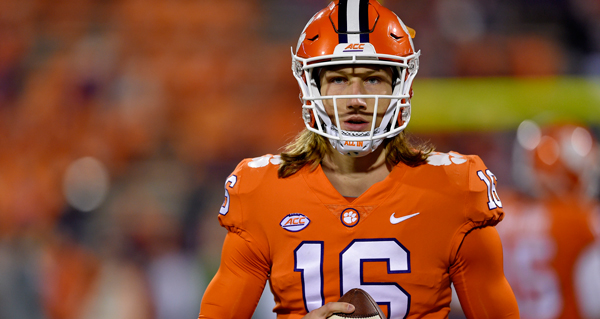 The first round of the 2021 NFL Draft began as many expected with quarterbacks selected first, second and third, but things got wild once the Panthers and Broncos took cornerbacks with the eight and ninth picks, respectively. The Eagles, Bears and Jets traded up over the course of five picks to grab the players they badly wanted with Chicago paying a high price for Justin Fields.

The Philadelphia Eagles acquired the 10th pick from the Dallas Cowboys for the No. 12 pick and a 2021 third-round selection.

The Chicago Bears acquired the 11th pick from the New York Giants for the 20th overall pick, a fifth-rounder, and a first- and fourth-round selection in 2021.

The New York Jets acquired the 14th overall selection and a fourth-round pick from the Minnesota Vikings for the 23rd overall and two third-rounders.