Sheriff: Vincent Jackson May Have Suffered From Alcoholism 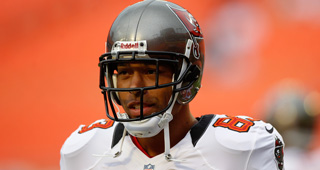 The family of late wide receiver Vincent Jackson told the Hillsborough County Sheriff's Office that it believes he was suffering from chronic alcoholism and concussions at the time of his death.

Jackson was found dead at a Tampa Bay-area hotel on Monday. He had just turned 38 years old and left behind a wife and four children.

A Hillsborough County Sheriff's Office spokesperson told ESPN there has been no indication of foul play and that "it will take a completed autopsy report and toxicology report to know with certainty what caused his death."