Texans Appear To Zero In On Jim Caldwell, Josh McCown For Head Coach 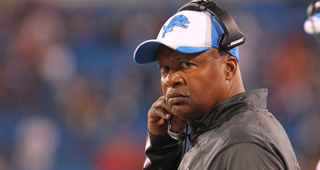 The Houston Texans have announced they are engaging Jim Caldwell and Josh McCowan about their head coaching vacancy.

The Texans have explored the idea of hiring McCown as head coach while surrounding him with at least one former head coach on his staff.

McCown finished the 2020 season with the Texans as a backup quarterback and has no prior experience coaching.