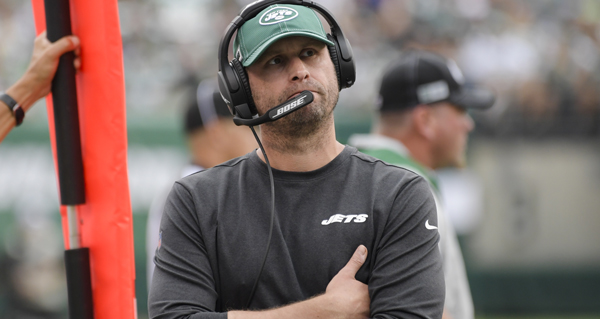 The Jets have scored an NFL-low 14 points per game.

"It's a collaborative effort," Gase said.

In Week 7, Gase announced he was handing the job to offensive coordinator Dowell Loggains. Two weeks ago, Gase was actively involved in the process, but he claimed he simply was relaying Loggains' calls to the quarterback.