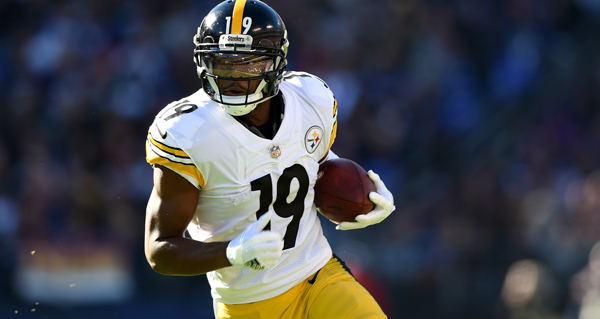 JuJu Smith-Schuster suffered a foot injury in the second half of the Pittsburgh Steelers' 27-3 win over the Jacksonville Jaguars on Sunday.

Smith-Schuster sustained the injury when he stepped on an officials' flag. He didn't return to the game, but it was reported that Smith-Schuster could have returned to the game if necessary.

Mike Tomlin said after the game that he did not consider Smith-Schuster's injury significant.

The Steelers have a short week with a Thanksgiving game against the Baltimore Ravens coming up.