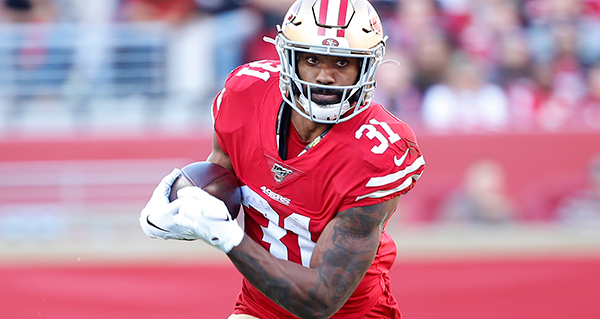 The San Francisco 49ers are considering long-term deals for a few of their offensive pieces.

They have reportedly discussed extensions with Raheem Mostert and Kendrick Bourne.

Mostert signed a three-year deal with the team last year.