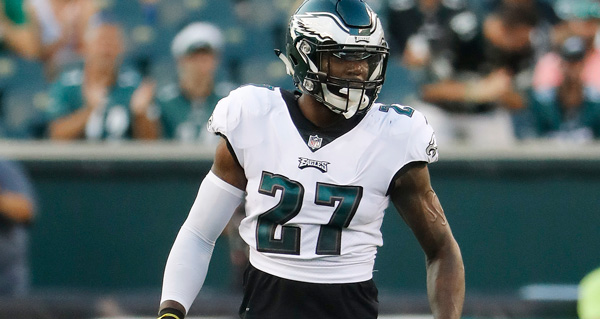 Malcolm Jenkins said the risk surrounding the coronavirus "has to really be eliminated" before he would be comfortable returning to play this season.

Jenkins appeared on CNN on Thursday morning in his new role as a contributor for the network.

The veteran safety described football as a "nonessential business." He pointed out that "the NBA is a lot different than the NFL because they can actually quarantine all of their players or whoever is going to participate."

"We have over 2,000 players, even more coaches and staff. We can't do that," Jenkins said. "So we'll end up being kind of on this trust system, the honor system, where we just have to hope that guys are social distancing and things like that. And that puts all of us at risk, not only us as players and who's in the building, but when you go home to your families. You know, I have parents that I don't want to get sick.

"And I think until we get to the point where we have protocols in place, and until we get to a place as a country where we feel safe doing it, we have to understand that football is a nonessential business. And so we don't need to do it. And so the risk has to be really eliminated before we -- before I -- would feel comfortable with going back."