Eagles Would Only Consider Jadeveon Clowney At $10M Or Less 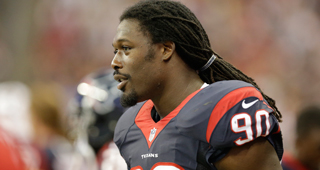 Unless he cuts his asking price, Clowney has little chance of getting an offer from the Philadelphia Eagles.

According to a report, the Eagles would likely only consider Clowney for $10 million or less.

"They're not interested in the player," Caplan told New Jersey's 97.3 ESPN. "Unless he's willing to take a one-year deal at a significantly reduced price -- probably under $10 million or no more than $10 million, I don't even think they make the call. And even then, they're done ... bringing guys in with an injury history."

Early in free agency Clowney was seeking a deal worth $20 million annually.