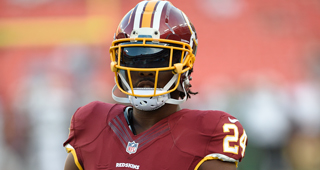 Washington will release Josh Norman, which will save the franchise $12.5 million in cap space.

"It's their choice, not mine," Norman said. "Now I can start something new and fresh."

Norman previously played for Ron Rivera while with the Carolina Panthers.

Norman was a first-team All-Pro in 2015 and then signed with Washington on a five-year, $75 million deal.