Tom Brady, Patriots Have Yet To Engage In Contract Talks 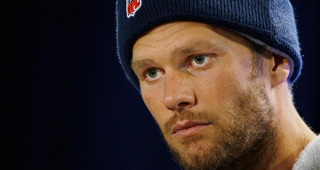 The New England Patriots and Tom Brady have yet to engage in contract talks as of late last week, according to sources.

Brady is on record of saying there is an open dialogue between him and the Patriots. The situation does not have any animosity at this point in time.

The Patriots are expected to push for substantial discussions before the start of the 2020 league year on March 18th.

The Patriots currently project to have about $29 million in cap space.

“I texted him when they picked the top 100 … and said ‘Congrats.’ He said ‘For what?’ I said for being part of the top 100 and then on top of it, [some in the media] picked you to be the starter," said Weis. "He goes, ‘You know the only thing I’m worrying about is a ring.’ That kind of sums it up. He wants to win another championship. That’s why he’s still playing. He wouldn’t play for money at this point.”

The Las Vegas Raiders and Los Angeles Chargers are two teams expected to pursue Brady if he becomes a free agent.