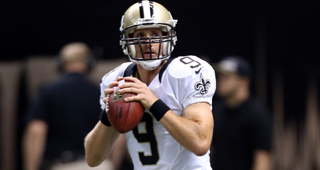 Russell Wilson was chosen as the starting quarterback for the NFC in the Pro Bowl, but asked Drew Brees to start in his place.

"Drew means the world to me," Wilson said. "I respect the game, and he does it better than anybody else."

Wilson has been named to six Pro Bowls. Brees has earned 13 appearances.