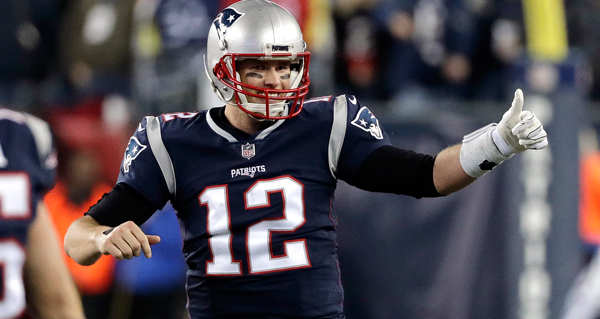 Tom Brady and the New England Patriots were eliminated in the Wild Card round by the Tennessee Titans.

“I’m not crushingly disappointed,” Brady told Peter King. “I think we fought hard. Our head is held high. We’re competitors. Every season doesn’t end in a Super Bowl win. It’s exciting when it does. You relish those when you have those opportunities and we’ve had them more than anyone else. I’m proud of the guys for fighting hard. But those other guys [the Titans] are competitive too, and they deserved to win tonight. We just didn’t make the plays the last half of the season that we needed to make. Didn’t make the plays tonight.”

Brady's future with the Patriots is uncertain.

“Yeah,” said Brady when asked to describe how it feels to finally become a free agent after 20 years with the Patriots. “I think I’m just . . . I’ll explore those opportunities whenever they are. If it’s the Patriots, great. If that doesn’t work, I don’t know. I just don’t know. I love playing football. I still want to play football. I think I still can play at a championship level. I’ve just got to go do it. I’m motivated to get back to work and training.”