Vikings Open To Having Kaare Vedvik Kick And Punt 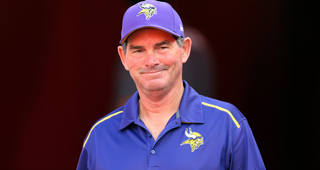 The Minnesota Vikings are open to the idea of having Kaare Vedvik serve as both their kicker and punter this season.

The Vikings traded a 2020 fifth-round pick to the Baltimore Ravens for Vedvik on Sunday.

The NFL hasn't had a full-time combo kicker since Frank Corral did so with the Los Angeles Rams in 1981.

"Yeah, if he's good enough, I wouldn't have a problem with that," Mike Zimmer said. "But I don't know. Again, I think everything is a possibility at this point."