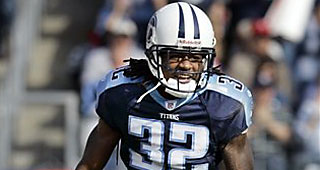 Pacman Jones has announced his retirement from the NFL after 12 seasons.

"I'm content," Jones told ESPN's Josina Anderson Friday. "I had a hell of a run doing it. I'm at the point where I didn't feel I would be top level if I tried to play now. I'm happy and I'm looking forward to spending more time with my family and the kids."

Jones was drafted by the Tennessee Titans in the first round of the 2005 draft and played one season for the Dallas Cowboys in 2008. Jones didn't play in 2009 after being released by Dallas.