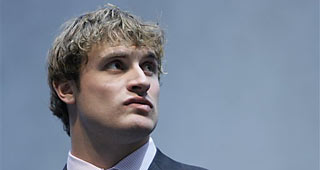 Chris Long is retiring after 11 seasons in the NFL.

Long spent much of the offseason weighing whether to retire or play another season.

The Eagles released a statement congratulating Long, saying, in part, "He will always be part of the Eagles family."

"There aren't many players who can say they won back-to-back Super Bowls and the NFL's Walter Payton Man of the Year award," the Eagles said. "There's no question that his work ethic combined with his unique talent made him into one of the greatest of this era's professional athletes. We're very thankful Chris chose to play for the Philadelphia Eagles."