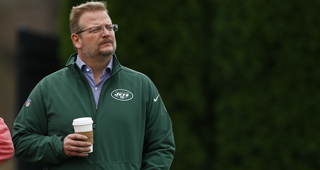 But the firing of Maccagnan is believed to have been triggered by Adam Gase winning a passive-aggressive power struggle.

Gase tried to distance himself from the Jets' draft decisions even before it began. Gase rarely gave input on trade possibilities or prospects. Gase never fought for or objected to any of Maccagnan's picks.

Gase was believed to have been angered by Maccagnan not seeking his opinion on any decisions during organizational discussions.

“It pissed Adam off,” a team source said. “Mike didn’t want him to speak up too much. It’s a weird philosophy.”

Gase will now essentially hand pick the next general manager of the Jets.

“I don’t think he wants to screw a lot of people over,” one Jets employee said of Gase. “Because he feels like he already kind of did that.”