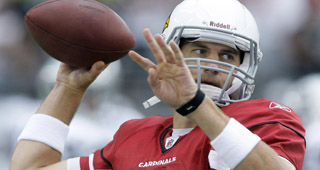 Derek Anderson has informed the Buffalo Bills that he plans to retire after 14 seasons in the NFL.

Anderson had re-signed with the Bills after the 2018 season, but told Brandon Beane last month's NFL Draft that he wasn't sure about his future.

He served as a mentor to Josh Allen and became an emergency starter when the rookie quarterback went down in the middle of the season.

"We appreciate what he did. He came into a tough spot. He was thrown into action quicker than we anticipated. He did a good job," Beane said in a statement. "Obviously what he brought to Josh, I think Josh will be able to take those things with him throughout his career.

"I regretted that it took me that long to get it done. But when we did, I was thankful for Derek's time here. He was really a great resource for Josh and Matt Barkley and [offensive coordinator Brian] Daboll."