Jamaal Charles To Retire After Signing One-Day Contract With Chiefs 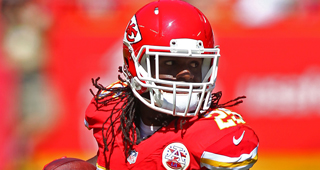 Jamaal Charles will sign a one-day contract with the Kansas City Chiefs and retire.

Charles played for the Chiefs for nine seasons and was a four-time Pro Bowl selection.

Charles is the franchise's all-time leading rusher with 7,260 yards.

The Chiefs released Charles after the 2016 season and he played for the Denver Broncos in 2017 and Jacksonville Jaguars in 2018.