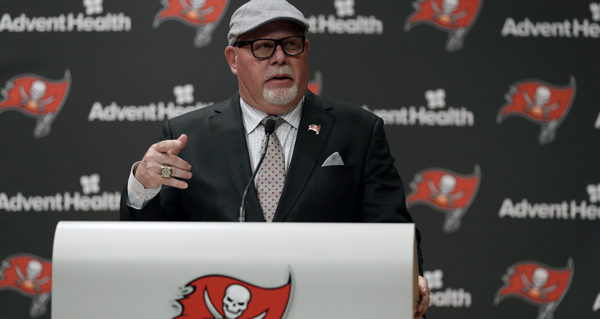 Bruce Arians isn't happy about the Tampa Bay Buccaneers' regular season schedule, so much so that he reached out to the league office to voice his displeasure.

The Buccaneers will go seven straight weeks without a home game.

"Am I happy about it? Hell, no," Arians said. "I think it's ridiculous, and I voiced my opinion to the people in New York."

The Buccaneers will face the Los Angeles Chargers in Week 4, New Orleans Saints in Week 5 and Carolina Panthers in Week 6 (in London). After a bye week, they'll play at the Tennessee Titans in Week 8 and at the Seattle Seahawks in Week 9.