Josh Rosen: It's My Duty To Prove Cardinals Wrong If They Ship Me Off 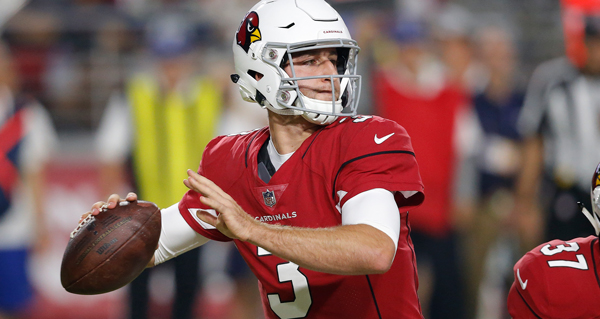 Josh Rosen admits the uncertainity of his future with the Arizona Cardinals has bothered him.

The Cardinals are considering selecting Kyler Murray, which would then lead to a trade of Rosen.

"I think the season probably went as poorly as it could possibly go," Rosen said from an RV. "But within that, I had an unbelievable time. I think when people talk about, like, you can't listen to criticism or you can't read articles, you have to be aware of what's going on to a certain extent. So I definitely understand the situation.

"It's annoying, but it is what it is. Football's a business, and I definitely respect the higher-ups and their decisions. We won three games, and each one of those wins -- to me, it felt like we won the Super Bowl. And that feeling is so intoxicating, and that's why I just want nothing more than to be part of a team next year and have the same opportunities to go out and compete."

On Tuesday, new Cardinals coach Kliff Kingsbury said Rosen has been "phenomenal" through the offseason and has been the first one to show up to offseason workouts. General manager Steve Keim said he has had "good dialogue" with Rosen and called the quarterback a "pro's pro."

"I think the best advice I've ever gotten in life, from so many different people, is control what you can control," Rosen said. "And whatever decisions are made, it's my duty to prove them right if they keep me and prove them wrong if they ship me off."