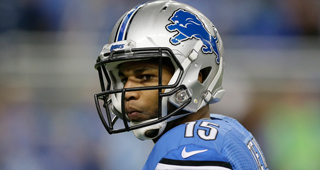 Golden Tate has agreed to a four-year, $37.5 million deal with the New York Giants. The deal includes $23 million in fully guaranteed money.

The Giants created a new for themselves at wide receiver this week following their trade of Odell Beckham Jr.

Tate finished last season with the Philadelphia Eagles following his trade from the Detroit Lions.