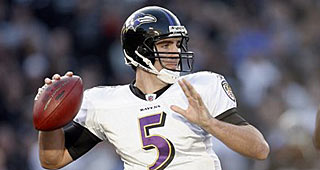 The Baltimore Ravens will trade Joe Flacco to the Denver Broncos once the league year turns over on March 13.

The Broncos became motivated to agree to a deal to acquire Flacco because Washington was seriously interested in the quarterback as well.

Alex Smith will likely be out for the entire 2019 season.