Ron Rivera: Either We Evolve Or We Go Extinct 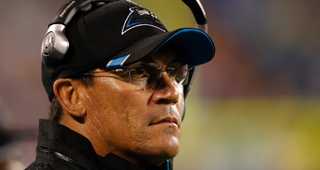 Rivera has already made some offseason changes to his staff. The Panthers lost seven straight games in the second half of the season to collapse from 6-2 to out of playoff position.

"The biggest mistake, the biggest realization, I wish had come (earlier)," he said. "But we were playing well. We were winning. It's not like we were getting blown out, other than in Pittsburgh. I missed it. That's why I missed it. If, after Pittsburgh, Detroit had been a 17-point blowout, now all of the sudden the bells and whistles are going off."