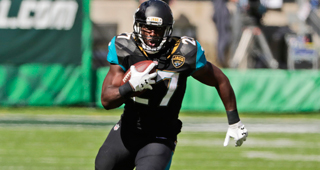 Leonard Fournette met with Jacksonville Jaguars management on Wednesday to discuss his disappointing season and plans for the future, according to a source.

There have been questions about Fournette's maturity, commitment to football, conditioning, on-field behavior and production after the 2018 season. There is speculation that the Jaguars may be willing to trade -- or cut -- him in the offseason.

The fourth overall pick in 2017, Fournette has missed 11 games in two seasons. He totaled just 133 carries for 439 yards and five scores this past season.