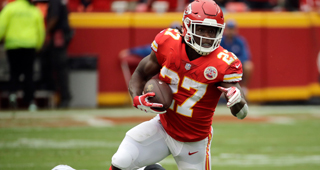 Kareem Hunt has started working with the NFL on a treatment and counseling program.

Hunt has voluntarily sought counseling after being involved in multiple violent off-the-field incidents this past year, all of which the league is now taking into consideration for potential future discipline.

The NFL's investigation is ongoing.

TMZ published a video on Nov. 30 of Hunt shoving and kicking a woman in a hotel hallway last February. The NFL placed Hunt on the commissioner's exempt list later that day, shortly before the Chiefs released him.